A short history of the lives of Benjamin and Martha Smith, my great-great grandparents. 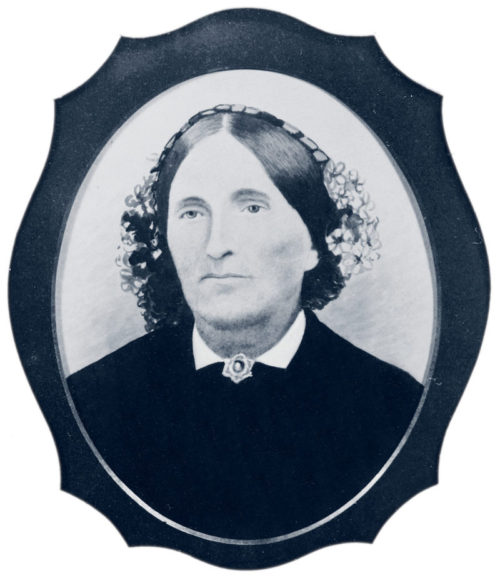 Benjamin Smith was born in Longcot, a small village in Berkshire. In 1836, at age 23 he was engaged as a sawyer on board a ship bound for Western Australia.

Martha Neavy grew up in Woolwich, daughter to a cartridge maker working for the Royal Arsenal. She also travelled to South Australia, on the big William Hutt, which landed on Kangaroo Island on 16 January 1837. Three days later she married Benjamin Smith on board the ship. It is assumed, though not known, that they had known each other in England.

The couple lived in Adelaide for a time, then on completion of Benjamin’s contract, they returned to England.  In 1841 they travelled on to New Zealand in the hope of obtaining land. In 1850, with five children in tow (and another one born enroute) they left Auckland for San Francisco in hope of making their fortune in the goldfields. They had little luck, so returned to England for a short time before leaving for goldfields in Sydney. In March 1853 they arrived back in New Zealand with enough money to purchase 222 acres on the edge of the Hunua Ranges, a property they named “The Traveller’s Rest”. Their home was on the main track to Papakura, so they frequently welcomed travellers, many assuming it to be an inn because of the name. Ben was a gregarious person and loved to entertain visitors with stories of the California goldfields. Eventually they obtained a liquor licence and the couple officially became innkeepers. They welcomed some prestigious visitors, including Governor Grey.

In the 1860’s they found themselves in the midst of the Land Wars, providing stabling for cavalry and fortifying the house to provide shelter for family and local families. Two sons were recruited into the “Forest Rangers”, a corps of volunteers experienced in the New Zealand bush.

Benjamin Smith died in 1867 aged 54 and Martha retired to Ponsonby  where she lived until her death in 1891. They were buried in the Symonds Street cemetery, their remains displaced to make way for the building of the new motorway. The Traveller’s Rest was sold to another family, but was destroyed by fire din April 1894.